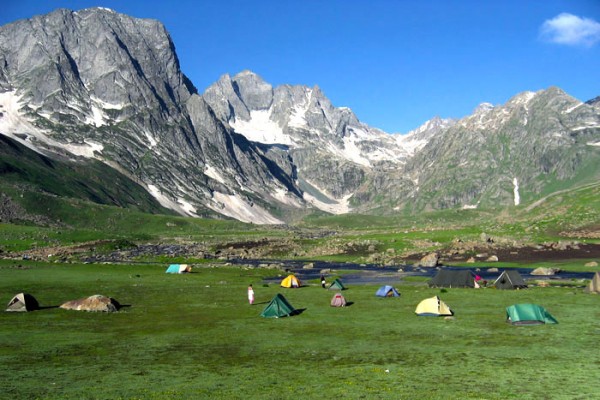 SONAMARG – The Meadow of Gold

The drive to Sonamarg is through the Sindh Valley which presents yet another spectacular facet of countryside in Kashmir. Situated at an altitude of 2730 m, Sonamarg (‘The meadow of gold’) has, as its backdrop, snowy mountains against a cerulean sky. The Sindh River that meanders through the valley abounds with trout and mahaseer. Ponies can be hired for the trip up to Thajiwas glacier, which is a major local attraction during the summer months.

Sonamarg is the base of a major trek that passes along several mountain lakes –Vishansar, Kishansar, Gadsar, Satsar and Gangabal. Sonamarg is also the take off station for the drive to Ladakh across the Zojila, a major pass in the Great Himalayan Range, through which the Srinagar-Leh Road passes.